Early intervention can block the virus

Nearly all babies infected with HIV get the virus from their mothers. HIV can be transmitted during pregnancy, labour, delivery or breastfeeding. Without intervention, 15-45 percent of babies with HIV-positive mothers will be infected. Transmission of the virus can be almost fully prevented, however, if both the mother and the baby are provided with antiretroviral (ARV) drugs as early as possible in pregnancy and during breastfeeding.

Why is Unitaid investing in preventing mother-to-child HIV transmission?

From 2010 to 2017, access to treatment for pregnant and breastfeeding women living with HIV increased from 51 to 80 percent. Still, about 180,000 children under 5 were newly infected, or about 20 an hour.

Children aged 0–4 years living with HIV face the highest risk of AIDS-related deaths, compared with all other age groups. Young children are often diagnosed and treated too late.

On a very encouraging note, more and more countries are making progress in this area. Among those that in recent years have been certified by WHO as having eliminated mother-to-child HIV transmission are: Cuba, Anguilla, Antigua and Barbuda, Bermuda, Cayman Islands, Montserrat, St. Kitts and Nevis, Thailand, Belarus, Armenia and the Republic of Moldova.

– 90 percent of people living with HIV will know their status.

– 90 percent of those diagnosed with HIV will receive sustained ARV therapy.

– The virus will be suppressed in 90% of all people receiving ARV therapy.

The Human Immunodeficiency Virus (HIV) weakens the body’s defence systems to a point that they can no longer fight off infections and diseases. The most advanced stage of HIV infection is Acquired Immunodeficiency Syndrome (AIDS), which can take from two to 15 years to develop, depending on the individual. AIDS is defined by the appearance of certain cancers, infections or other symptoms. 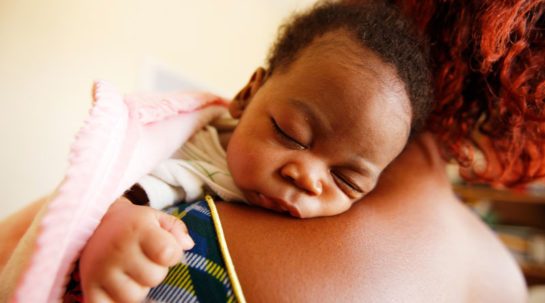