Abidjan – Unitaid and Expertise France today signed a financing agreement for the implementation of the SUCCESS project, Scale Up Cervical Cancer Elimination with Secondary prevention Strategy. Focused on cervical cancer control, the project’s objective is to strengthen screening and secondary prevention to prevent the development of cancer in women infected with human papillomavirus (HPV) who have precancerous lesions. This project will be implemented in four low- and middle-income countries representative of low-resource regions where more than 85% of the women who die from the disease today live.

SUCCESS: ensure the feasibility of early detection and management as close as possible to the population

The agreement signed today between Unitaid and Expertise France provides for three-year funding from Unitaid for a total of €22 million, with a €600,000 additional co-financing from the French government. This project is part of Unitaid’s €54 million in investment in cervical cancer prevention.  Unitaid’s investment responds to the World Health Organization’s (WHO) call for action to eliminate cervical cancer by 2030. 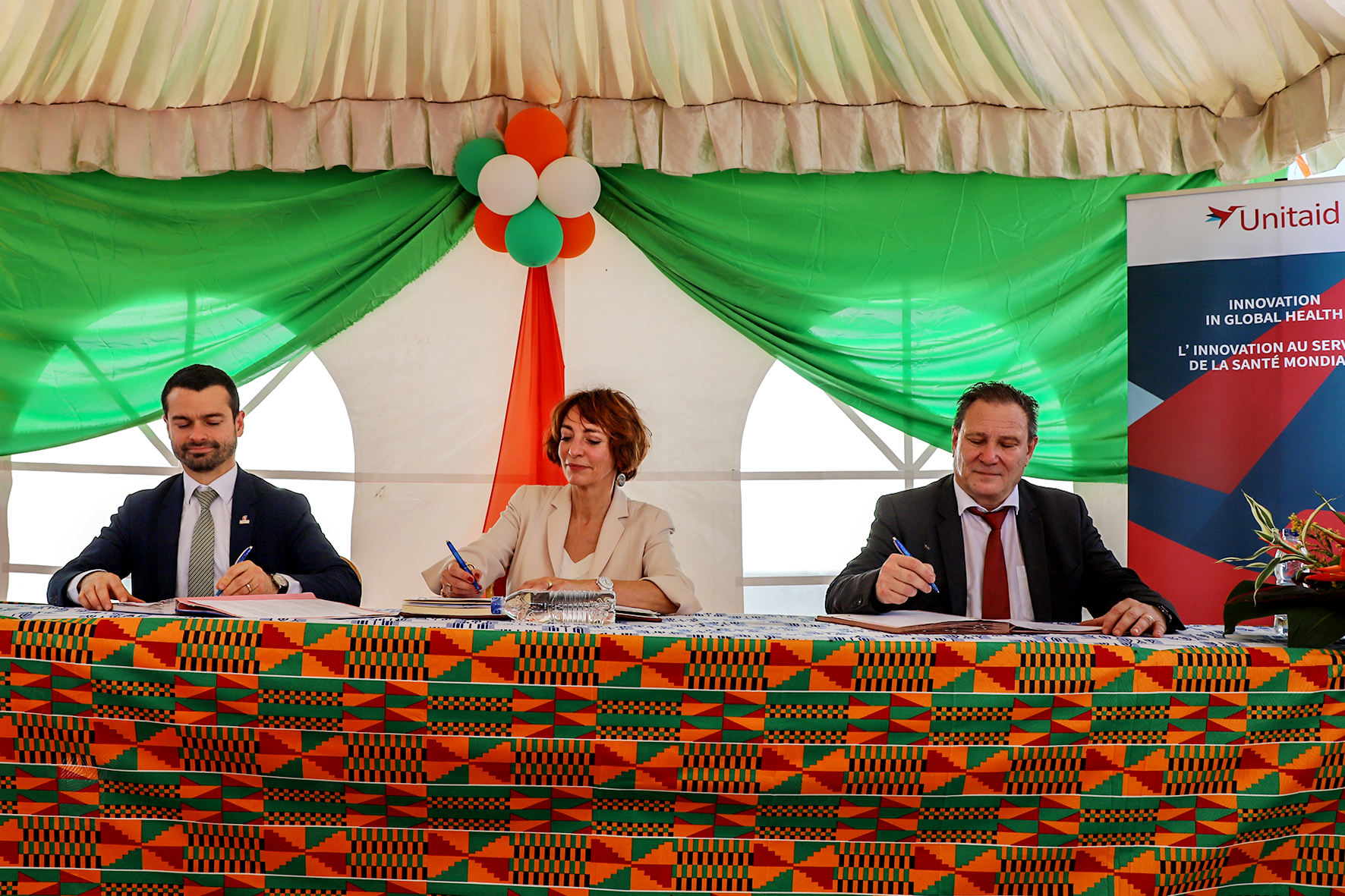 The SUCCESS project targets women most at risk and will be implemented in Côte d’Ivoire, Burkina Faso, Guatemala and the Philippines. It will include at least 185,000 women within three years, 75,600 (40%) of whom are living with HIV. People who are immunocompromised and infected with HPV are more likely to develop pre-cancer and cancer more quickly.

SUCCESS will implement a cervical cancer control approach based on:

With its regional approach, SUCCESS will enable the targeted countries and beyond to scale up services to cover 70% of women concerned.

Cervical cancer: one of the easiest cancers to prevent and treat, but the fourth most common cancer among women in the world

In 2018, according to the WHO, cervical cancer accounted for 570,000 new cases and 311,000 deaths. This cancer is particularly deadly among women living with HIV, especially those who are not on antiretroviral treatment or who started treatment late. This cancer is mainly caused by HPV. Some genotypes of this virus lead to the formation of precancerous lesions, which are targeted in the intervention strategy of the SUCCESS project. Nine out of ten women who die from cervical cancer live in low- and middle-income countries where access to information about prevention is limited.